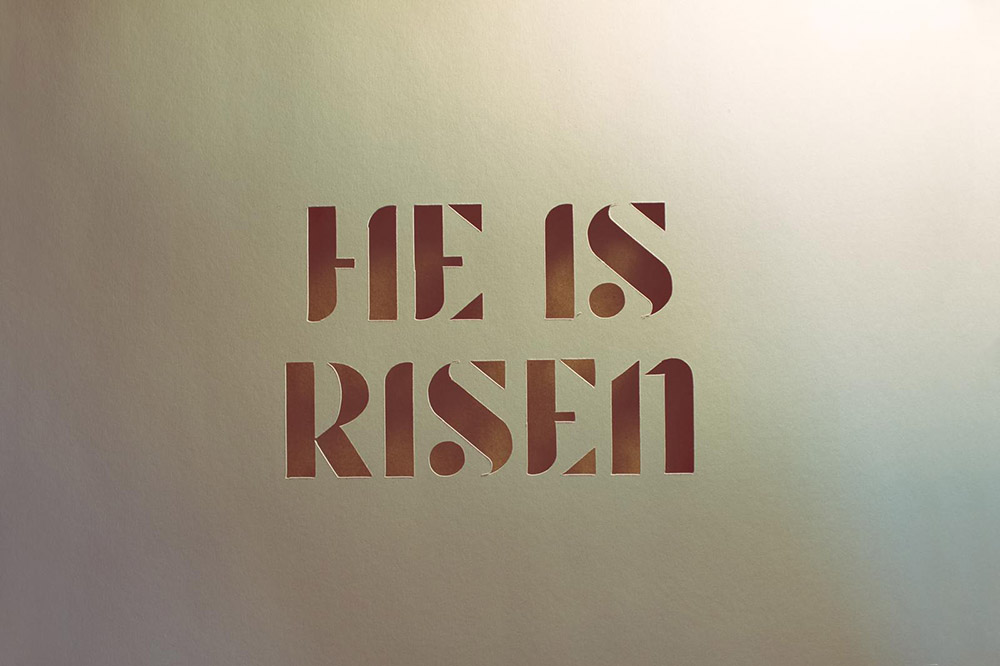 As we conclude our ‘Saviour’ devotional series, Lorna Wilkinson brings us to ‘R’ and a word that will sound out across the world this Sunday – RISEN!. Each of the four Gospel writers provide us with an account of the empty tomb. It’s like looking in a mirror from four different angles to get the complete picture.

After discovering that the stone had been rolled away (to allow people to view the empty tomb), the women who had accompanied Jesus were given the most amazing message since the angels announced the Saviour’s birth: “He is not here, He has risen!” Matthew 6:28 .

Angels declared this dramatic and wonderful life-changing news! Heaven was rejoicing because Jesus had defeated death, and today all who trust in Him can face their last enemy knowing that Christ has said, “I am the resurrection and the life. Whoever believes in me, though he die, yet shall he live, and everyone who lives and believes in me shall never die” John 11:25-26 🙌🏻.

As two of the disciples walked along the road to Emmaus, they were downcast as they discussed the death of Jesus. Little did they know that Jesus would join them on their walk (but they did not recognise Him) 👣

Having inquired about their conversation, Jesus explained to them what the scriptures said about Himself. That would have been a Bible study worth overhearing! The disciples urged their companion to stop at their home. After Jesus gave thanks for dinner, broke bread and gave it to them, we read, “And their eyes were opened and they recognised him, and he vanished from their sight. They said to each other, ‘Did not our hearts burn within us while he talked to us on the road, while he opened to us the Scriptures?’ ” Luke 24:31-33 📖.

The two disciples returned to Jerusalem at once and told the others they had seen the Lord. The RISEN Lord Jesus changed heartache and fear to joy and gladness! He is doing that today because His RISEN power is still the same! He reigns in Heaven to redeem sinners from their sin and restore supposed failures, like Peter. His love is unending from the foundation of the world until that great day when all will bow the knee and confess Him as Lord.

It behoves each one of us to declare Him our RISEN Saviour today 🤲🏻❤️.

“See what a morning, gloriously bright With the dawning of hope in Jerusalem; Folded the grave-clothes Tomb filled with light, As the angels announce Christ is risen! See God’s salvation plan, wrought in love, Borne in pain, paid in sacrifice, Fulfilled in Christ, the Man, for He lives, Christ is risen from the dead!

See Mary weeping: ‘Where is He laid? As in sorrow she turns from the empty tomb; Hears a voice speaking, calling her name: It’s the Master, the Lord raised to life again! The voice that spans the years, Speaking life, stirring hope, Bringing peace to us, Will sound till He appears, For He lives, Christ is risen from the dead!